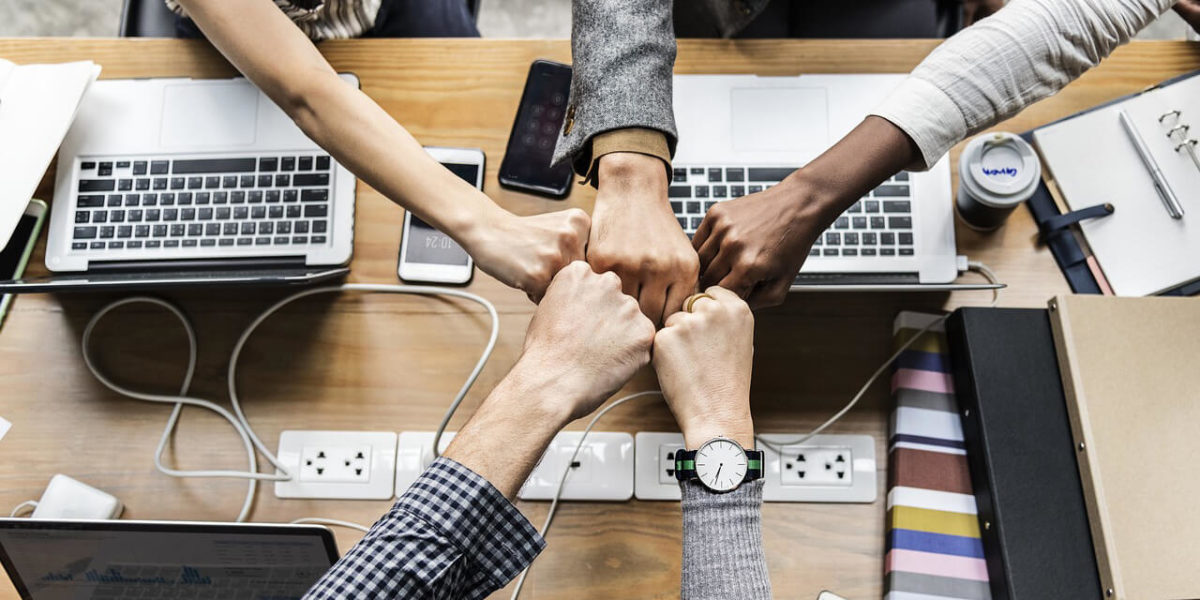 Teamwork truly allows you to do more with less. With true teamwork, you need fewer people and fewer resources to achieve phenomenal outcomes. We’ve proved it over and over in team training exercises. This phenomenon is called “Synergy”.

You may have heard it termed, “Work smarter, not harder.” Or maybe, “Many hands make light work.” But the concept of Synergy played out in a TRUE high-performing team goes WAY beyond those two idioms.

A team exercise we invented and use in our team training involves 5 teams of 5 people each who attempt to move a bowling ball, baseball, basketball, and ping pong ball across a given distance as fast as they can. There are rigid rules and imposed limitations in the exercise causing the participants to have to figure out how to truly work together in teamwork to accomplish the task.

The first team typically performs the task in approximately 1 to 1.5 minutes. As the teams learn how to more effectively work together in teamwork and learn from each other, the time gets faster. The final team usually performs the task in less than 10 seconds. Proving that with true teamwork and continuous learning a team of people can do the “impossible” (what was formerly believed to be impossible).

Teamwork doesn’t work magically. Though synergy may seem miraculous, there is an underlying logical process that results in synergy. Teams of people are not satisfied with the status quo nor do they accept mediocrity or failure. True teams want to be the best they can be and “win” so they find out how to work better, smarter, faster. They do this by emphasizing and practicing the Truby Management System, an 8-step proven system to build a high-performing team.

Many of our clients have achieved synergy this way. A print shop more than doubled their production with the same number of people. A plastic surgeon’s office felt overworked with the current number of patients they tried to accommodate each week. Through teamwork and better systems, they were able to increase their patient load by 50%, and do it with less stress. What’s more, they each felt like they were working less hard.

The Senior Principal of a Landscape Architectural firm wrote this about the synergy he experienced in his office after team training:

“The results have been astounding. A new teamwork attitude in the office developed, resulting in greater accountability. The office is now structured in a highly efficient and profitable manner. Most notably there was a new clarity in my own purpose for running a business, something that I really never fully evaluated. As an added “bonus”… our office gross billings have increased 230% while the office has grown by only 2 people. Finally, we have had fun. Work is an enjoyable rewarding experience for the vast majority of us.” – Steve Kikuchi

Growing up on a farm, I often use life illustrations from that time to teach people how to be successful. Over the years, I would tell audiences that when you hitch two horses to the same wagon you get more pulling power than adding what the two horses could pull separately. Although I didn’t do any literal testing or calculations, I knew this intuitively.

I used this illustration when I was the keynote speaker for the Oregon Landscape Contractor’s Association. A week later a man wrote me a letter telling me he saw my illustration in real life and had real numbers to share with me.

At a state fair, there was an event where horses were being hitched to wagons to see which horse could pull the most weight. Two horses pulled 9,000 pounds. They then hitched these two strongest horses together on the same wagon. The horses didn’t pull 18,000 pounds – a mere doubling of their individual efforts. Instead, together, in true teamwork, they pulled 35,000 pounds. Now that’s synergy!

If you want to have a better quality of work-life, more productivity, greater profit, and an easier time at managing people – create true team dynamics, have the team develop efficiency systems, then continuously learn and improve. This will provide the energy to create synergy.

Learn more about the proven business and leadership system that helps to build your team synergy in our free Business Success Model training.

Did you find this article valuable? Take a few moments to evaluate the effectiveness of your team with this free assessment.