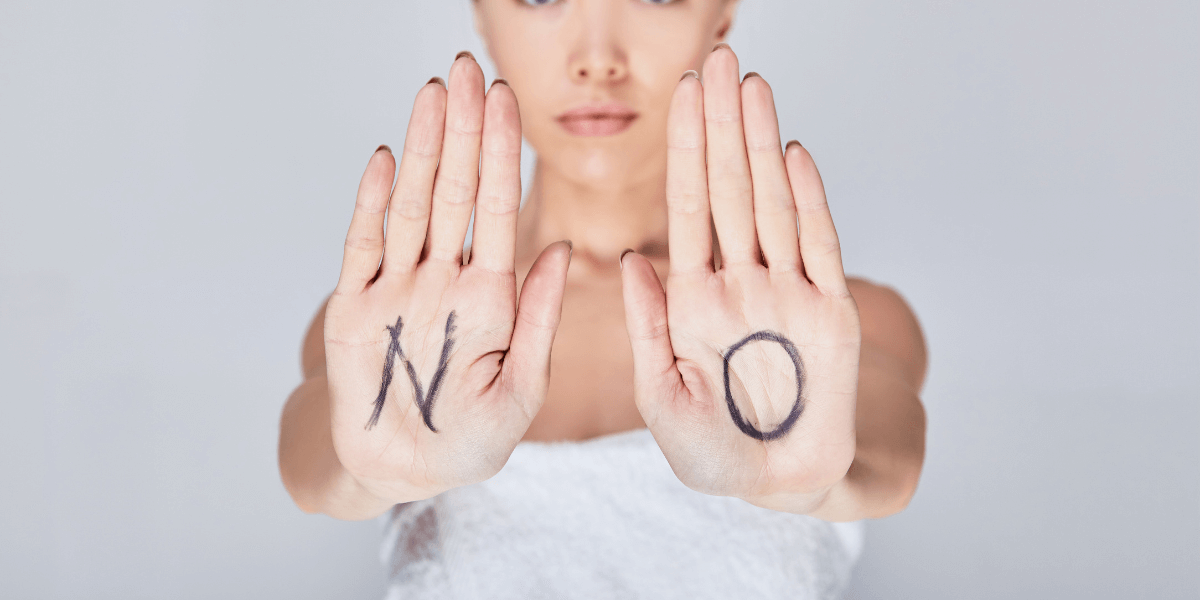 “Yes” is a word that can really impact our lives. But saying “no” can be just as important, maybe more so. The word “no” is one of the most important words you can use to help achieve your goals. Say “no” to that extra helping of food, that friend who takes up your time, or that purchase you will, undoubtedly, regret…and you can lose weight, have spare time and save money!

Yet, saying “no” can be hard. A research study published in the Journal of Consumer Research has some good news. It showed that the words we use to describe our situation create a feedback loop to our brain. The right word helps us say “no” more easily. The wrong word hinders.

The research took 120 students and divided them into two groups. The first group was told to say “I can’t” when faced with temptations such as eating ice cream or other treats. They would say, “I can’t eat ice cream.” The second group was told to say “I don’t” when faced with the same temptations: “I don’t eat ice cream.” (Feel the difference when you say those two sentences?)

In another phase of the study, 30 women were asked to sign up for a health and wellness seminar. All were told to choose a long-term health or wellness goal. The women were then divided into three groups of 10 and followed to see if they could stay with their achievement goal, or not.

The women were followed for 10 days. The control group (the “just say no” group) had 3 out of 10 women persist in achieving their goals. The second group (“I can’t”) had only 1 out of 10 persist. But the third group (the “I don’t” group) had an incredible 8 out of 10 that persisted!

Here’s why this works. When you say, “I can’t,” the feedback loop to your brain is focused on limitations. “Can’t” also implies that something or someone else is in control. It’s as if you have given up a bit of your personal power. If you feel like you “can’t” have ice cream, you may say “yes” to the temptation just to bring back a sense of control, personal power and freedom of choice.

But when you say, “I don’t eat ice cream,” the feedback to your brain is that you have personal power and the freedom to choose. You haven’t given up anything. You haven’t lost control. You are free to say “no” because you have not lost your personal power.

If you have a hard time saying “no,” or if you say “yes” to something when you know it’s better to say “no,” change your perspective…and your words. Say “I don’t…” instead of “I can’t ….”