Shipwreck – A Lesson in Leadership 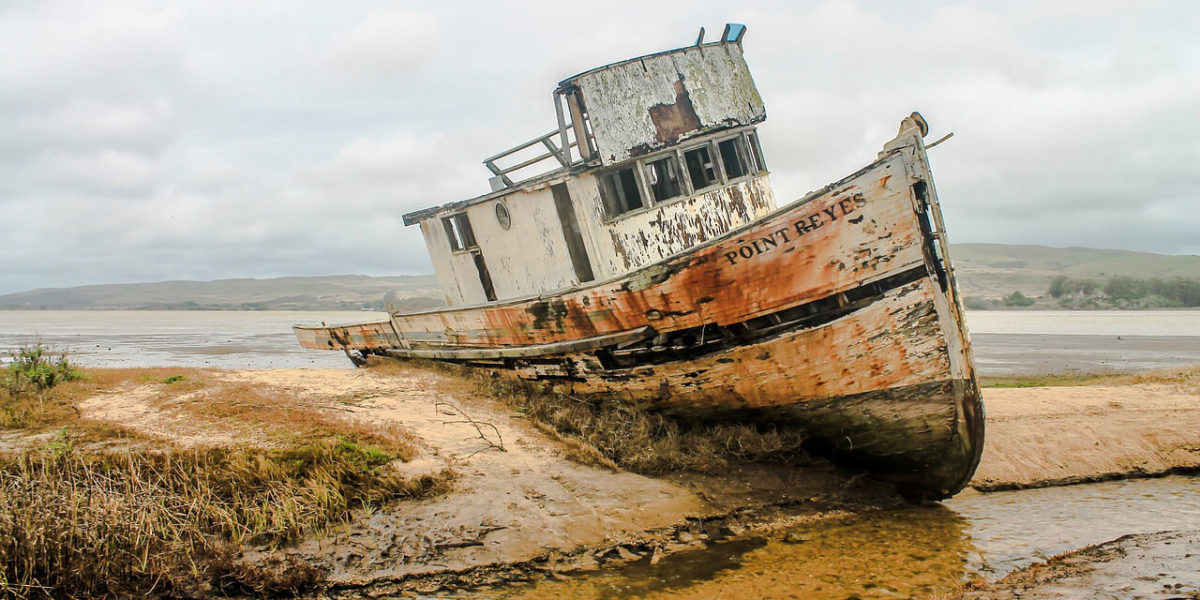 What is your greatest priority as a leader? Learn a lesson in leadership through the story of a shipwreck.

She Was an Old Ship

Her broad beam and wooden frame had made her trustworthy for many a year. But now, time was writing final lines on her hull, penning words of memory and nostalgia – and a prediction of doom.

With sad tones, her voice echoed the lines in her hull. With every wave, she seemed to moan a bit more. She tried to be stoic about it but her creaks and groans increased with every passing nautical mile. When a swell came, her bow didn’t seem to rise as much as it used to. And her speed was slow.

She feared the next storm yet was resigned to its inevitable coming. She knew she didn’t have the strength to go through another fury only hoping her captain and his crew had the same knowledge and prepared themselves.

They were way out to sea, far from home, far from any port for that matter. But the storm didn’t pay attention to that and come it did. She tried to hold herself together one more time but knew this particular storm had the winning blow. She did hold it together long enough to allow the captain and crew to launch the one old, wooden lifeboat. She took a bit of pride in knowing that this was the first time that lifeboat would make her maiden voyage, lifting oar and sail to her demise – saluting her one last attempt to stay topside.

But sink, she must.

Watching her crew sail away, she took one final breath, closed her eyes, and went to sleep. The waves that used to be her playground turned on here. More recently they were what tested and tormented her. And now they became her eternal blanket.

With one last look over his shoulder, the captain turned the lifeboat to catch the wind better. While holding the tiller, he looked steady but felt worried as he heard his men, fearful and complaining, trying to bale the water rising in the bottom of the boat. Seems no one thought about maintaining a boat they never thought they’d have to use. The captain reflected, “Preparation, when it is not needed, can lead to a necessary, unexpected, and unpredictable gift.” But this lesson was too late learned right now.

Some of the men had been injured when they had to abandon ship to set sail in this old lifeboat. Others were just plain weary after battling the storm for so many days. But now their lives depended on their putting out energy to bale. And bale they did, barely staying ahead of the leaking flow.

The captain noticed how the men kept glancing his way. Furrowed brows, curled lips, squinted eyes – all seemed to spit a message his way that caused him to stay alert and prepared. “What were they thinking,” he wondered. They distanced themselves from him.

Taking a sighting, the captain tried to remember his navigational chart. He remembered one, tiny, isolated island. It would be a stroke of pure luck or providence to find it. But it was their only chance. Neither the boat nor the men could last to distant, safer shores.

If they could find this island they would have to keep focused on it. To find it once would be amazing enough. To lose it and find it a second time would be impossible. He racked his brain. He tried to recreate the chart in his mind. He constantly scanned the horizon trying to will the island to appear. Then – it was there. A long way off in the distance, but it was there.

After three sleepless days with little to eat and much to wonder about, he finally had something solid to tell the men. Something to encourage them. Something that would bring up those few remaining ounces of energy to propel them to safety.

In the telling, there was a shout of hope.

Enthusiastically the oarsman rowed more heartily to help the little sailing vessel. And in this state of anticipated safety, one of the captain’s senior officers felt comfortable enough to tell the captain what had been troubling the men.

It seems they had many complaints, ones the captain could readily understand, even was sensitive about. From the men’s perspective, he had held on to a boat too long, way too long. They believed it outlived its use long ago. Even though the storm couldn’t be avoided, the men thought the captain could have handled the boat differently. Though none of them had ever sailed a boat that size nor in as rough a water, each had their theory as to how they could have saved the boat from sinking.

But what irked them most was something the captain was doing right now. Certainly, the baggage the men carried about other criticisms fueled the current one into anger, even rage in some of the men. “How can he just sit there,” they asked. “We have men who can barely move, men who are injured, and men who have lost hope – down in the bowels of this floating coffin, all spending their last ounces of energy bailing water to keep this boat afloat. And there he is. Just sitting there. JUST SITTING THERE! How dare he!!”

He listened well and held steady while the officer reported. “They don’t understand,” he thought. And they didn’t. But they still felt the way they felt. And that lead them to burn with anger and the captain to begin taking steps toward, what would ultimately be, the worst mistake of his life.

As time went on and they were not getting any closer to that tiny island, the men’s anger returned. The captain knew how all-important it was to keep an eye on that one small chance for survival but he succumbed to the perspective of the moment, the dynamics of the now, the fear, anger, and criticism of the present. He took his eye off of the big picture and let go of the tiller.

Rationalizing his actions, the captain reasoned with himself, “The men need a morale boost. They need me to show my understanding. They need me to live up to my word about never asking them to do something I wouldn’t do myself.”

“They need a fresh pair of hands.”

And with those thoughts, he slipped from his captain’s chair into the bottom of the boat alongside the men and began baling.

Like magic, the men changed. In an instant, their facial expressions brightened, even seemed more humbled. With the captain by their sides, the work went faster. Baled water flew more quickly over the sides of the boat. Sure, the captain had fresh energy and muscle power, but it was more than that. His very presence energized the men. His presence seemed to charge them up with so much power that, for the first time in days, they got ahead of the leaking flow. And, finally, they were able to sit and rest.

Exhausted, the men sat down and leaned their heads against the inside of the hull. They smiled and shook the captain’s hand. More than one deeply thanked him. Now, they knew his true heart. Now, they knew he was one of them.

“It was amazing,” the captain thought. That one act caused such tremendous results. Though he knew how fickle the opinion of the men could be, for now, they seemed to have even forgotten all of their previous complaints. And he basked in their compliments. He was warmed by their acceptance.

But then – those four words.

With all of the focus on baling, with the captain’s actions bent on baling, with all the success of baling, with everyone’s attention centered on the moment, on baling – no one kept an eye on the bigger picture. While handshakes and hugs were going around, one of the men looked over the side of the boat at the horizon and asked…

“Where is the island?”

The captain went white as he realized he had let go of the tiller. So absorbed with the complaints of the moment, he didn’t even think to have someone else take watch. He thought it would only take a few minutes to encourage when he stepped into the bottom of the boat, but he, too, got caught up with the flurry of the moment’s need. And he lost sight of the big picture in exchange for the accolades of the men.

Where is the island, indeed?

Your greatest priority is to your highest position!

What positions do you hold? Owner, department head, project manager, father/mother – all at the same time?

Certainly, there are fires you have to put out. There are situations when you need to spend a disproportionate amount of time on varying responsibilities.

But when it comes to a moment of choice, you must give preference to your highest position – even if “they” don’t understand. The consequences to do otherwise are multiple and profound.

Are you interested in building your leadership capabilities? Check out our page of free leadership resources.

Do you like Bill’s storytelling style? Sign up to receive weekly Achievement Nudges from the Truby Achievements. They are weekly and witty short emails with surprising insights and inspiration. Sign up here.