Be Flexible to Achieve Greater Strength 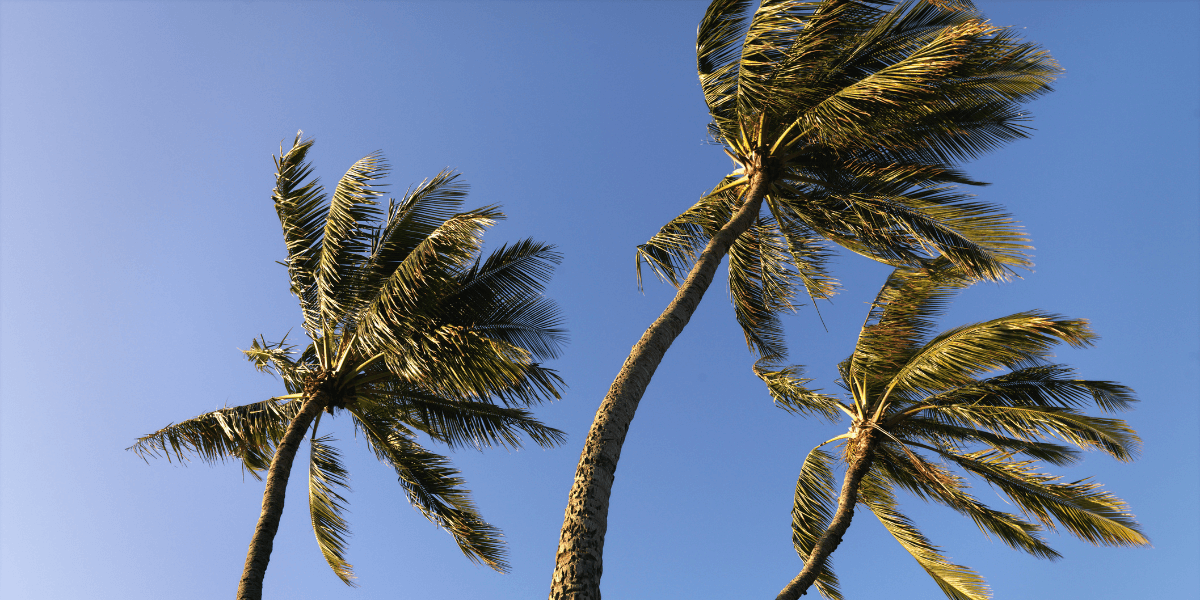 We were lounging at a pool in Hawaii. It was a day off from work. Though warm enough to be outside enjoying the sun, the wind was blowing fiercely, a precursor to a storm.

Some of the servers were blinded as the wind whipped their long hair into their faces. The pool had mini-waves. Palm trees that normally swayed to a hula rhythm, now rocked back and forth to the beat of heavy metal. Umbrellas flapped furiously, while people tried to hold down their towels and drinks. It was a day off for us, but an “off day” in Hawaii.

Then something happened. A lesson blew through my mind.

While the palm trees bent violently back and forth, bowing to and away from the waves of wind, the umbrella next to me snapped off and blew across the pool. The shaft couldn’t take it anymore. It couldn’t stand the weather. Though rigidly trying to stand firm against the wind, when it reached its limit, the force of the wind split it in two, leaving behind a useless, broken jagged-edged pole.

The meaning that landed in my mind was clear. FLEXIBLE, Nature-made palm trees were able to weather strong storms. RIGID, man-made umbrella shafts weren’t. Then I began to think about people…

I replayed the video tape in my mind of people I knew. It was clear. Rigid, controlling people seemed to have limits to their tolerance of life’s “storms.” There was only so much they could take. Even if well-intentioned, trying to make everything “perfect” for the good of others, they seemed to snap when it was “just too much.” When they reached their limit, they would explode in anger or implode in helplessness.

I also saw flexible people in my mental movie. People who accepted what life dished out, analyzed their options, and kept moving forward. I saw people who treated “limitations” as “parameters” within which to make choices. And I saw people like my mother-in-law who would take it as it comes. When she lost her leg from a “surgery-gone-bad,” she simply said, “… part of life’s journey.”

Choose to live flexibly in a Nature-based life, instead of rigidly in a man-made one.

How? Receiving and accepting what life dishes out, AND be sure you are rooted in something solid, something bigger than you are.

If life is too much, and you’re about ready to break – check out your flexibility and your roots. Come to think of it, that’s what makes the hula dance so beautiful…grounded foot patterns, accompanied by graceful, swaying movement.